There’s a lot of variation in games powered by the apocalypse (Monsterhearts jumps to mind immediately as an example), but those are usually doing something different from what a game in the old school revivaissance mode is doing. I want to reconcile this in a system, so that a mechanic like stats says something about the character, but is also not divorced from the storytelling that happens; some kind of medium where conflict is resolved in narratively interesting and mechanically clear ways without having to hedge emergent gameplay to make up for ludonarrative dissonance (for example, a fighter with a strength of 20 failing to kick a common, wooden door in). I also want to move away from strict failure/success binaries and not so much because I dislike a binary choice, but because I want to leave room for other interpretations of a ludonarrative beat—third and fourth paths that not everyone at the table saw.

This isn’t a terribly distant drift, either: there are usually six stats and we can keep that number, reduce it or increase it, but I think six is fine. The next part considers whether stats should be prescriptive of descriptive. A name like that points to the classic spread being more prescriptive, rigidly measured and immutable: the fighter, with their strength of 20, is at peak, physical condition! This creates that dissonance when one mechanic gets in the way of another.

I’ll rename “stats” to “traits.” Traits are more suggestive and less clinical. Everyone has different sorts of traits and sometimes people’s traits change. Already, we are describing a character rather defining them. We could use this for a one-to-one conversion: instead of a strength stat, a character has the trait “strong.” We’re not worried about how strong they are. There are still narrative constraints (can a strong character kick in a wooden door? Probably. One reinforced with iron? No, I suspect not) and, on the other hand, times when that trait can act as a permission to forego a roll altogether. However, I don’t think “strong” is a good trait either! I don’t want these to be tags like in Apocalypse World. I do want to attach a number to them and use them in concert with a resolution mechanic and dice!

So here’s my proposal: each character has six traits: brave, clever, courteous, cunning, graceful and hardy. I think brave, clever and cunning are really strong specifically because of the breadth they cover (fighters, rogues and magic-users can all be brave, clever or cunning in their own ways). I am a huge fan of “courteous:” do you know how to talk to people of different social strata and circumstance? I can easily imagine, then, shifting modifiers (or conditions) depending on where, when and how a character engages. Each of these traits has a modifier of somewhere between zero and five, which could be determined at character creation with a roll of 3d6, keeping the lowest result as the modifier (if you want a bit of randomness to designing a character). These traits could also all start at zero with no problem.

When your character does or says something, after which multiple outcomes are equally interesting, roll 2d10 + the appropriate trait (discuss with the table if you are unsure).

There is a fine line in this mechanic between a classical resolution mechanic (roll dice to let fate determine where the story goes) and a more modern, story-game approach (roll dice to make something dramatic happen). Using two 10-sided dice rather than one 20-sided die eliminates the chaos of the d20 (I’m personally not a fan) and brings in the same bell curve as 2d6, but with greater range. There is no strict guidance here for what happens on each roll result, except if an action succeeds or fails, but it is important not to call it a success and failure. The results are concerned with what the character wants and how the setting reacts, without prescribing anything to either agent and focusing on intention rather than action (for example, when the fighter kicks in the door, maybe they want to be loud and incite melee immediately. A 10- result might mean crashing into a room full of unprepared, stumbling guards).

Ideally, this will encourage collaborative storytelling in the midst of emergent gameplay—roll at the whims of the players, not at predetermined story beats, and the results guide the story in that moment (only).

When I think about crunchy combat, I think about Final Fantasy Tactics. That was among the first strategy roleplaying games that I played and has since remained my favorite. I want to say it stuck the landing on simplicity, but that just absolutely isn’t true: in the past and especially now, it’s rightfully critiqued for its esoteric menu system (I remember forgetting how to change jobs every single time I rented it). However, playing the game, the strategy just worked…it was just intuitive enough that understanding the arcana wasn’t strictly necessary. It was as deep or shallow as the player wanted, which is the complexity that draws me back even now, 22 years later.

Combat is conflict and we look to a system for resolution, especially something impartial so it is fair and engaging for everyone. This avoids an adversarial relationship, like between a dungeon/game master (author) and players (agents), but isn’t useful for what I’m sussing out because I want collaborative storytelling—even in combat. It is remarkable that a video game is allowed to be adversarial because the author (developers) is absent. The video game is also strictly bound by its own rules, whereas, in a tabletop game, the players aren’t necessarily (see the ongoing discussion about fudging rolls).

Regardless, there are four components to combat that I want to draw from Tactics: turns, positioning, resource management and roles.

How do we emulate the unpredictable pace of combat, at range and melee, while still keeping a discrete turn order?

Each character has a speed trait (or something similar, from a trait listed above or new: will, moxie or initiative, for example) with a number between 1 and 20. However, certain numbers—4, 6, 8, 10, 12 and 20—are tied to the size of a die. The other wrinkle is that a lower number is better: the lower you roll, the earlier your character acts in the round. So, when a character has a speed of 4, they roll a D4; speed of 6, roll a D6; and on. The range between numbers lets their Speed raise or lower through whatever means (improvement, equipment or conditions) and have some meaning when they reach different die sizes. Or you could throw it out and just assign dice.

I imagine that initiative would be rolled each round to keep it truly dynamic, but it would work fine with a single roll at the start of combat.

This one is admittedly hard. How do you keep positioning easily trackable or manageable, relevant or interesting? I suggest position as a system of tags. Characters, both player and non-player, always have a position tag. This would work just like “Things’ Descriptive Tags” from Apocalypse World: “Weapons’ and gear’s descriptive tags fall into 3 categories. First, the plain mechanical; second, constraints on when the characters can use them; third, cues recommending something for you to say about them." Position is all three: mechanical, constraint and cue. The tag will always affect how the game system works; it will limit you depending on where you are (“you’re far, so you can’t hit them with a sword.”); and will give your character some terrain to take authorial control of in the narrative space (“I’m far and I’m going to fire arrows at them, so I think I’ve found a small hill to stand on.”). These would be necessarily codified and standardized, so the list might be: engaged, close, far and cover. It could be expanded, but I like what these four suggest about a battlefield: “engaged” tells us more than something like close or in-reach and implies characters locked in melee—once characters are “engaged” (and they’re always engaged in oppositional pairs), then their tag would reflect that—“close” tells us they could be engaged, but aren’t yet, and the opposite for far; “cover” is definitely a decision a player makes, especially to protect from ranged attacks (but I suspect cover would not protect from becoming engaged).

I think this could be grounded pretty easily once a system starts assigning these position tags to attacks, spells, abilities, etc.

Resources are everything, both in-game and out-of-game; for example, arrows, swords and potions as well as a character’s actions during a turn, their position tag, and others. Too much, however, and it’s burdensome and disinteresting, but too little and you’re slipping out of tactical combat. Where’s the fine line? It has to be defined among each table every time a group sits down. There’s no easy way around it! Some will want to count torches, otherwise vehemently won’t. There is one thing that every table account for, however: action economy. On a character’s turn, they can only do two things, each of them only once: move and act. Movement affects their position tag only. Actions are everything else that is narratively interesting! Opening a door does not count as an action. Kneeling to kiss your crush’s hand does. Characters are also free to go on as long of a soliloquy or dialogue as they want during their turn.

A lot of the resource management can be delegated to further tags, like ammo (you either have it or you don’t), which can be lost according to what happens narratively in the combat. Frankly, this works even in a more granular system that concerns itself with attack rolls and defense ratings—just like a shield might get knocked out of your hold, so too can that hip bag full of your “special tinctures.”

Just as traits are mutable, so are roles. Characters do not have hard, set classes—instead, they assume a role that is determined each combat. The roles could be the classical tank, DPS and support or more refined and various (something like tank, fighter, magic-user, healer, crowd control or others). The idea, like being able to shift Traits around, is to keep the mechanics engaging and suited toward a player’s style and interest, which might vary from session to session. For example,

John has an archetypical wizard, who begins very clever and always filling a DPS/magic-user role. It has been a few sessions and John has already shifted their wizard’s traits to be more brave than clever. One session, they decide to run some combat with their wizard in the tank role! Sounds out-of-character for a classical wizard, but then, John’s wizard is particularly brave…why wouldn’t they step up to protect the party? John gets to narrate their wizard’s use of shield magic, drawing up barriers and personal, floating shields, while Meg, another player, gets to run their fighter in a DPS role (they used to be the tank).

Would switching every combat be a good idea? No, probably not. John may have decided to learn some defensive magic before declaring the tank role. The roles also don’t have to be exclusive: while it may not be ideal, there’s no reason multiple characters can’t be the same role. Then, What differentiates the Roles in meaningful ways? Custom moves. The resolution mechanic above gives one basic move that can resolve everything, but the roles would come with custom moves that let them affect the flow of combat in tactically, narratively interesting ways. For example, a support role could have a custom move (that the player would flavor appropriately to their character) that changes the speed die of an enemy, causing them to go later in the round (or the opposite for allies). 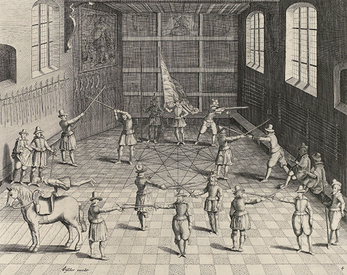